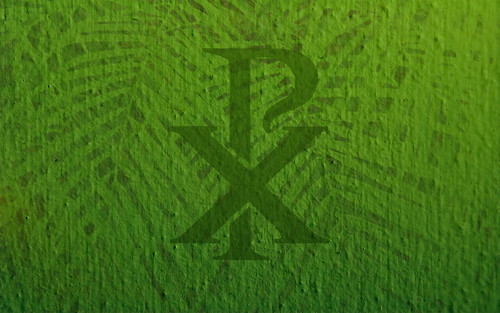 Besides the times of year that have their own distinctive character, there remain in the yearly cycle thirty-three or thirty-four weeks in which no particular aspect of the mystery of Christ is celebrated, but rather the mystery of Christ itself is honored in its fullness, especially on Sundays. This period is known as Ordinary Time. Ordinary Time begins on the Monday which follows the Sunday occurring after 6 January and extends up to and including the Tuesday before the beginning of Lent; it begins again on the Monday after Pentecost Sunday and ends before First Vespers (Evening Prayer I) of the First Sunday of Advent. During these times of the year there is used the series of formularies given for the Sundays and weekdays of this time both in the Missal and in the Liturgy of the Hours ~ General Norms for the Liturgical Year & Calendar, 43-44

From May 2021 until July 2022, the Society of Jesus celebrates an Ignatian Year. What is an Ignatian Year? May 20, 2021 marks the 500th anniversary of St. Ignatius’ conversion — that fateful day when Ignatius the soldier, struck by a cannonball, began his transformation into Ignatius the pilgrim. How might we grow in our relationship with God and our love for one another by meditating on this important moment in Ignatius’ life? God continues to invite each of us into a deepening relationship, to ongoing conversion. We believe that by embracing this invitation, we embrace our God who calls us to act in new, bold ways that reconcile our world, bringing about justice, peace and compassion. For this Ignatian Year, we ask for the grace to see all things new in Christ.

It is our union with one another in Christ that testifies to the Good News more powerfully than our competences and abilities.... In our individualistic and competitive age, we should remember that the community plays a very special role since it is a privileged place of apostolic discernment.... The Jesuit community is a concrete space in which we live as friends in the Lord. This life together is always at the service of mission, but because these fraternal bonds proclaim the Gospel, it is itself a mission. –Companions in a Mission of Reconciliation and Justice (CMRJ), nn. 7-9.

With the poor, we can learn what hope and courage mean.... In our communities and apostolates, we hear the call to rediscover hospitality to strangers, to the young, to the poor, and to those who are persecuted. Christ himself teaches us this hospitality. –CMRJ, nn. 15-16.

At the heart of Ignatian spirituality is the transforming encounter with the mercy of God in Christ that moves us to a generous personal response. The experience of the merciful gaze of God on our weakness and sinfulness humbles us and fills us with gratitude, helping us to become compassionate ministers to all.... For us Jesuits, compassion is action, an action discerned together. Yet we know that there is no authentic familiarity with God if we do not allow ourselves to be moved to compassion and action by an encounter with the Christ who is revealed in the suffering, vulnerable faces of people, indeed in the suffering of creation. –CMRJ, nn. 19-20.

(T)he Society must respond more decisively to the Church’s call for a new evangelization, giving special emphasis to ministry to and with the young and with families.... A special gift Jesuits and the Ignatian family have to offer to the Church and her mission of evangelization is Ignatian spirituality, which facilitates the experience of God and can therefore greatly help the process of personal and communal conversion. –CMRJ, nn. 22-23.

In many societies, there is an increased level of conflict and polarization, which often gives rise to violence that is all the more appalling because it is motivated and justified by distorted religious convictions. In such situations, Jesuits, along with all who seek the common good, are called to contribute from their religious-spiritual traditions towards the building of peace, on local and global levels. –CMRJ, n. 28.

Pope Francis has emphasized the fundamental connection between the environmental crisis and the social crisis in which we live today. Poverty, social exclusion, and marginalization are linked with environmental degradation. These are not separate crises but one crisis that is a symptom of something much deeper: the flawed way societies and economies are organised. The current economic system with its predatory orientation discards natural resources as well as people. For this reason, Pope Francis insists that the only adequate solution must be a radical one. The direction of development must be altered if it is to be sustainable. We Jesuits are called to help heal a broken world, promoting a new way of producing and consuming, which puts God’s creation at the center.... The multifaceted challenge of caring for our common home calls for a multifaceted response from the Society. We begin by changing our personal and community lifestyles, adopting behaviour coherent with our desire for reconciliation with creation. – CMRJ, nn. 29-30

By sending us to 'those physical and spiritual places which others do not or have difficulty reaching,' the Pope entrusts to us the task to 'build bridges of understanding and dialogue,' according to the best tradition of the Society, in the diversity of its ministries.
- Decree With Renewed Fervor and Dynamism, n. 6

To be missioned to this work 'at the New Frontiers of our times' always requires that one also be rooted at the very heart of the Church. This tension, specific to the Ignatian charism, opens the way to true creative fidelity.
- Decree With Renewed Fervor and Dynamism, n. 13

In every mission that we carry out, we seek only to be where (Christ) sends us. The grace we receive as Jesuits is to be and to go with him, looking on the world with his eyes, loving it with his heart and entering into its depths with his unending compassion.
- Decree on Identity, n. 15

For ultimately, there is no reality that is only profane for those who know how to look. We must communicate this look and provide a pedagogy inspired by the Spiritual Exercises, that carries people - especially the young - into it.
- Decree on Identity, n. 10

Our ministries of proclamation of the Word and the celebration of the Life of Christ in the sacraments continue to be fundamental for our mission and our lives together as Jesuits.
- Decree on Mission, n. 19

The complexity of the problems we face and the richness of the opportunities offered demand that we engage in building bridges between rich and poor and establishing advocacy links of mutual support between those who hold political power and those who find it difficult to voice their interests. Our intellectual apostolate provides an inestimable help in setting up these bridges, offering us new ways of understanding in depth the mechanism and links among our present problems.
- Decree on Mission, n. 28

Jesuit community is not just for mission, it is itself mission.
- Decree on Mission, n. 41

In this global context it is important to highlight the extraordinary potential represented by our character as an international and multicultural body. Acting consistently with this character can not only enhance the apostolic effectiveness of our work but in a fragmented and divided world it can witness to the reconciliation in solidarity of all the children of God.
- Decree on Mission, n. 43

Faith in Jesus Christ teaches us that self-realization comes from self-giving and that freedom is not so much the power to choose as the power to order our choices toward love. At the same time, love for Jesus Christ and the desire to follow him call us to trusting commitment. Commitment to the Word Incarnate cannot be separated from commitment to the concrete manifestations of the Word that are at the center of our lives, the Church and the Society which exists to serve the Church.
- Decree on Obedience, n. 19

All views expressed are solely those of the author.